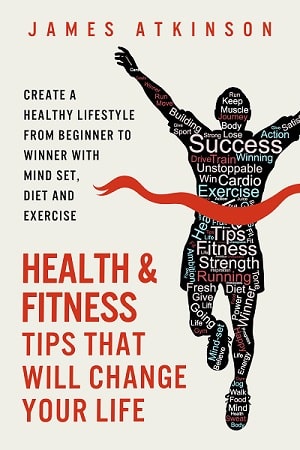 If you have an interest in weight loss, you are new to the game, or you have tried many different diets, training methods etc but have never had real life changing results, the type of life changing results that you set out to achieve in the first place, then you may be missing a few fundamental tools.

Mindset, diet and exercise are the key to any successful fitness endeavour. For instance, if you are very overweight and out of shape, have never put on a set of running trainer, but decide that you want to run a marathon, there is no reason you cant with the right conditioning of mindset, the right nutrition and the right exercise plan. The same can be said for those who would like to become endurance athletes, complete triathlons or even bodybuilders.

Here is a sample from my book “Health & Fitness Tips That Will Change Your Life”. I hope that this provokes thought and serves as a catalyst to the first step on your journey to lasting fitness and weight loss success.

To better understand my angle and portray it with more clarity, I will build up a fictional profile and character that could have easily been me if my life had played out along a different path.

I have an office job that takes up most of my time. I am comfortable there, but after a hard day at work, it’s nice to come home and watch the TV with some convenient tasty food. I love my food, so I eat what I want, when I want.

PC games are a big part of my life. I have a great gaming set-up that can keep me immersed in it for hours. On the weekends, when there are no work commitments, I can stock up on snacks and pizza and get absorbed into my favourite MMORPG.

I go out for a few drinks every now and again with my colleagues, but I don’t really socialise that much.

I have wanted to lose some of the weight that has been creeping up on me over the years for a while, but it has come to the point where I have realised that unless I change some things about my lifestyle, my weight will continue to increase, and my health will really start to suffer.

I often feel depressed about my situation and wish that there was a button that would just get me out of it and give me another shot; but, there isn’t… Wait! What’s this on Amazon? Health & Fitness Tips That Will Change Your Life

There’s always a light at the end of the tunnel, but in all seriousness, there are only a few differences from the Jim that I am in this reality and the Jim that I would be in the fictional reality that I just described.

The Jim that is actually writing this book loves his food, loves his PC games, likes to socialise, especially when there are a few drinks involved; he is thirty five years old, 5’9” tall, and he has a desk job.

However, he also knows what it takes to lead a healthy lifestyle. He has learnt to appreciate the value of sustained fitness and healthy eating efforts. He has self-funded his official fitness education and self-taught through his own fitness efforts; he has learnt more lessons on his personal fitness journey than you might think, and these lessons have proven to be invaluable, not only for him but for all the people that read his work and take his advice.

The fictional Jim does, however, have a far better gaming PC and set-up, but the Jim that is writing this book is working on that one.

Somehow, if these realities merged, and the brain of the Jim writing this book was transplanted to the body and fictional reality of the other Jim, what would he do? Or, more accurately – what would I do?

First, I would probably admire the far superior gaming set up that I now had; but soon after, I would start to plan my rise to fitness success.

As this new body of mine has been used to eating what it wanted, when it wanted, I would have a hard time with a straight switch from the diet that the body had been on to the diet of the Jim that had just taken over. Of course, it would be possible to act with extreme resolve and start eating a healthy fat-burning diet, start training five times a week, and become a health and fitness saint overnight; but, for most people, as outlined in an earlier chapter, change is hard; and the more extreme the change, the more uncomfortable and challenging the whole thing will be. Moreover, we all know the danger of too much, too soon.

Since there has been no structure or routine in the way of health and fitness, if too much of a burden is placed on the body, and if there is too much stress, I may be in danger of the body taking over the mind of the Jim that is here to fix it. So, a small change every two weeks should keep me motivated and hungry for the next change. Two weeks is a fairly long time to keep up a habit; and, it is said that it only takes four weeks to make a habit stick; if this is true, I would be halfway towards making my change or good habit stick at the point of starting my next change or tweak. This is how the whole process is compounded.

It all starts off at a slow pace, but as the weeks and months pass by, the fitness tips that you have followed or the changes that you have made persist and compound to create the effect of a growing snowball that’s rolling down a snow covered mountain – it gets bigger and bigger until it is unstoppable. In this case, the big unstoppable snowball will be in the form of fitness and fat loss results. However, before you have an unstoppable snowball, you have to make a small one with your hands; roll it around in the new snow until its big enough to use its own weight as momentum, before you set it on its journey to exponential growth.

n the pages that follow, I will list the twenty-five tweaks, fitness tips, or habits, whatever you want to call them and give my reasons for making the change. Of course, this will be based on the fictional profile and situation that we just heard about. Although this is a fictional character, I have addressed some common issues that a lot of people, men and women, can relate to – comfort zones causing stagnation, thirty-somethings who get a realisation, lack of nutritional understanding, feelings of depression, the modern push-button-for-results attitude, etc. Nonetheless, I have also tried to keep the fiction close to home and not stray too far from my own lifestyle; for example, the fictional Jim does not have any children. This would add a whole new dynamic to the order of fitness tips or changes to follow and probably the entirety of the list. I do not have any experience with raising children, so I would only be guessing at how I would fit things in around them. In this case, my advice may be impractical.

Yes, every time someone with young children reads the last few sentences or hears it on the audio version, I get hit with “mind bullets” that take the form of a familiar statement with words to the effect of, “Yes, it’s so much easier without kids. If I was in your shoes, I’d do this easy!”

I understand that some people have children and they can be a handful; some work jobs with unsocial hours; some people are physically impaired, and some don’t have access to a gym. The list can go on.

There is a great chapter in my other book, Fitness & Exercise motivation that runs into detail about this natural response; and believe me, I have said similar things about others who I have observed excelling in sports, bodybuilding, and promotions at work. The bottom line here is that everyone has their own set of challenges to overcome, and as I heard Jim Rhone say once,

“The same wind blows on us all”

Sure, there may be some things that are out of your control, but if you can sit back and with true, assured honesty say, “Yes, I have done my absolute best”, then you will get to where you want to be. 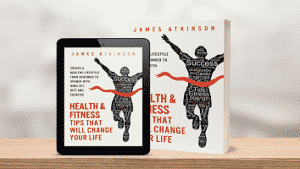